Reviewing a Legend in the Colt Woodsman First Series

The Colt Woodsman is credited as the first successful rimfire .22-caliber semi-automatic pistol. The Woodsman enjoys a rich history as a true American icon. Designed by John Moses Browning, the design was sold to Colt who produced it from 1915 to 1977.

The Woodsman comes in several different editions — the Pre-Woodsman, First Series, Second Series, and Third Series. The Woodsman I’m reviewing is a circa-1942 Match Target model that places this gem in the First Series. 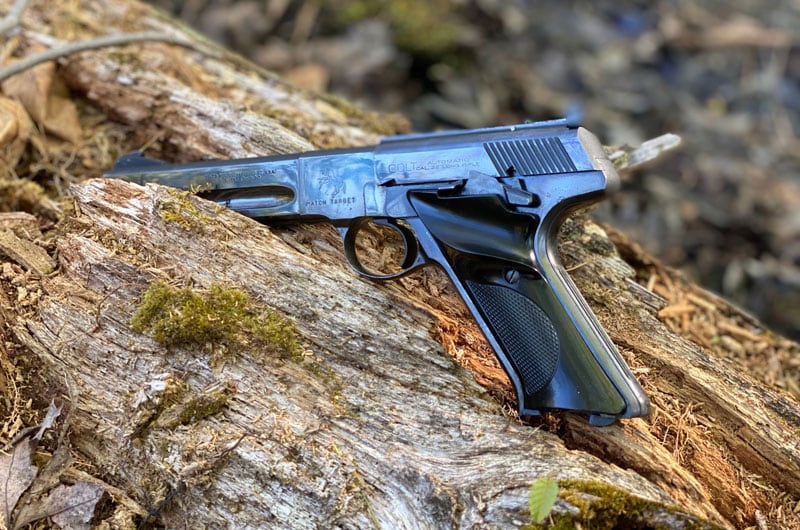 What makes the Match Target special is the long 6.5- or 8-inch bull barrel and adjustable front and rear sights. It is pretty hefty, weighing in at 30-ounces.

Colt stopped manufacturing this particular pistol due to high production costs and looking at it you can see why. The Woodsman is extensively hand-fitted. Even after eight decades, everything moves like the day it rolled out of the shop.

The grip has a unique shape, allowing hands to melt right into it. Unfortunately, this also means lefties will need another grip. A signifier of its age is the heel-based mag release, accompanied by an original, single 10-round magazine.

How does this golden oldie shoot? So well I fell in love with it. The weight is well-balanced, making target transitions easy. Colt created a natural grip angle that places your hand in the right spot. You don’t have to think about how you are holding it to get the best sight picture. Looking down the sights, it was easy to acquire both difficult and up-close targets. 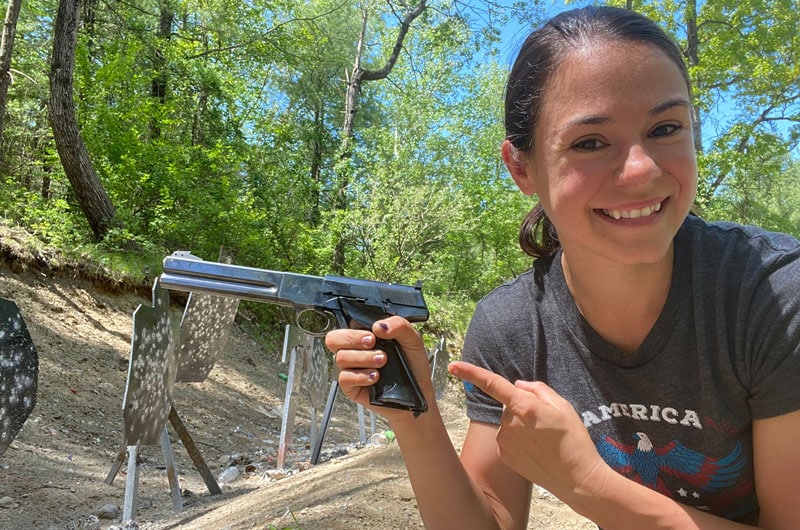 Stretching the legs of the Colt Woodsman at the range was a dream. (Photo: Taylor Thorne/Guns.com)

The trigger is light and crisp and the action is buttery smooth. To be honest, I tried to find a downfall and couldn’t. Even though this gun is almost 80 years old, it is incredibly reliable. It ate the ammo I gave it — from standard Remington ammo pushing 1,260 feet per second to higher-end CCI and Federal.

The Colt Woodsman is a piece of American firearms history, marking the first successful semi-automatic .22 LR pistol and surviving almost 60 years in production. They don’t make them like this anymore.

This Woodsman Match Target is certainly a collectible, not commonly seen in the wild. While some gun owners might want to relegate this to a collection, I would hope they take her out of the case once in a while because this gun loves to shoot.

GET A COLT WOODSMAN! 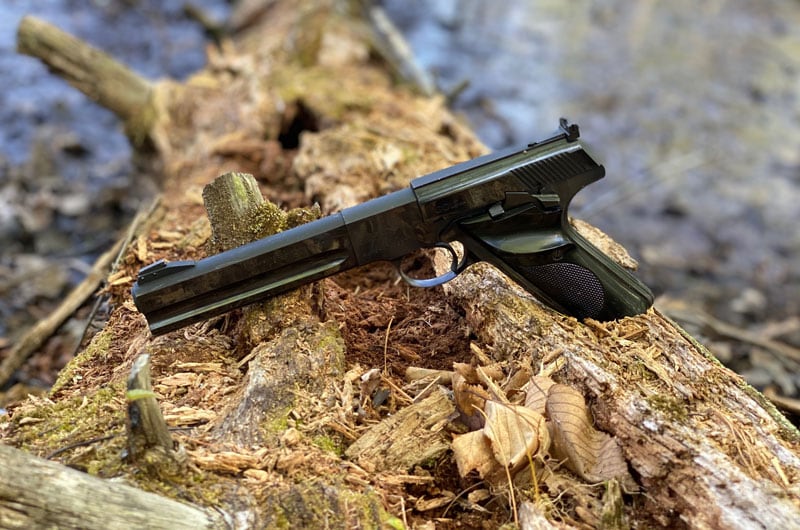 This beauty is as happy hunting small game in the woods as it is at a match. (Photo: Taylor Thorne/Guns.com)