All About Kent Cartridge with Vice President Jeff Barry 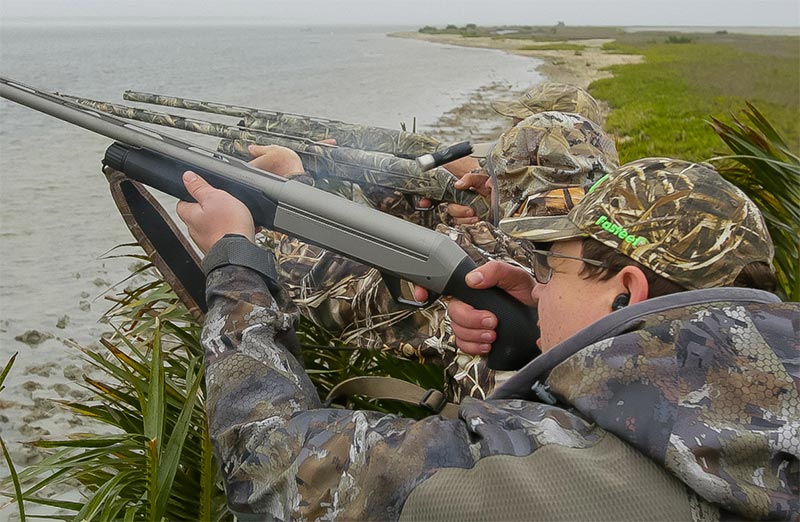 How does a company without the biggest name in the industry or the flashiest marketing maintain its position as one of the shotgun hunting market powerhouses? Guns.com talks shotshells, company roots, and metallurgy with Jeff Barry, Kent Cartridge Vice President of Sales and Marketing.

GDC: Let’s start by introducing the company. Who is Kent Cartridge, and how did it get started?

Barry: It’s an interesting story on how the company started. Think back to the 1990s and the mandate for non-toxic shot. Products hastily introduced at the time weren’t cutting it, as they were loaded to lead specs with heavier payloads and were rather slow-moving. Several gentlemen at a hunting club near Detroit, Michigan, were sitting around after hunting, disappointed in wounded ducks, and wanting a better performing product. One mentioned a study at Penn State, whereby metallurgists were creating a tungsten alloy. Those gentlemen knew they could build better ammunition, and so they started the company.

They had shot, but nowhere to load it, until they found Activ Industries going out of business in West Virginia. With a company in the UK producing the shot and taking over the West Virginia factory, Kent Cartridge was born of a need in the industry.

GDC: You talk passionately about metallurgy. How does Kent make use of different metals in its various shotshells?

In addition, they realized that standard steel doesn’t work, so we increased the velocities and worked to optimize them with powder blends to do so safely while also maintaining consistent patterns. This led to the creation of Kent Fasteel, which revolutionized steel shotgun shells. That eventually led to Kent Fastlead, which offers high velocity and heavy payloads for a high-performance upland load. 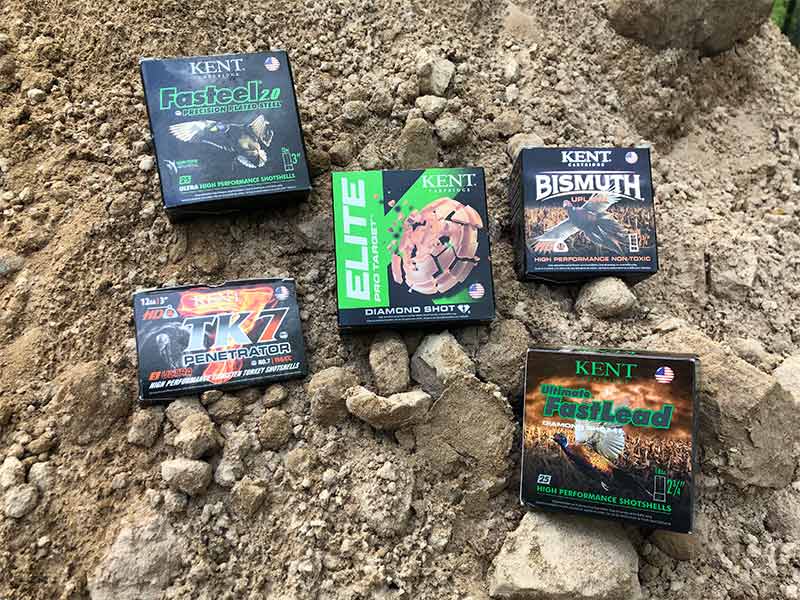 GDC: Let’s back up just a step. You said, “steel didn’t work.” Why was that, and how did Kent improve?

Barry: Steel was initially loaded to the specs of old lead rounds. However, steel is less dense than lead and loses velocity faster, meaning there was not enough energy to be effective on birds. We increased velocities, worked to get them right with powder blends while doing so safely, and maintaining tight patterns.

Everything Kent loads is designed to give a performance edge. With steel, its speed. Tungsten Matrix is the only product to mimic lead. Our Bismuth is the best on the market because it is so highly uniform. It’s those subtle but meaningful differences across every product line we make that sets Kent apart from the competition.

GDC: It sounds like Kent likes to push the boundaries of performance in innovation. But those gains in velocity…

Barry: That’s true, but we’re always doing it safely. Sporting Arms and Ammunition Manufacturers’ Institute sets certain benchmarks and tests, but we put our ammunition through more rigorous testing. We test performance not only at ambient temp but also high and low temperatures across the spectrum. Our loads stay consistent across that spectrum, with velocities varying only 25 to 50 feet-per-second. For instance, in many cases, SAAMI allows 90 feet-per-second tolerances, but we achieve greater consistency with much less variance. We’re high performance. Whatever conditions the hunter is in, our product will perform, from 80-degree September to 20-below February. We’re pretty proud of that.

GDC: Can you tell us a bit about what sets Fasteel 2.0 apart and how it differs from the original Fasteel?

Barry: Name an outdoor product that has been on the market for 20 years without a design or packaging change, other than maybe Tink’s 69. In all seriousness, Fasteel was getting long in the tooth. It was a solid base product that needed some subtle but meaningful changes. The major change was moving to zinc-plated precision steel shot for corrosion resistance, as well as adding nickel heads for the same reason.

Firearms have changed over the last 20 years. The rise in gas and inertia guns, Turkish guns, and people who don’t clean their guns as often as they should, we addressed all these things by modifying the base wad to make the shell more forgiving in semi-autos. Fasteel 2.0 cycles like a dream. We also made some advancements in performance without adding significant recoil and also maintained pattern uniformity. For instance, the 12-gauge 3-inch, 1 1/4-ounce load was moving at 1,425 feet per second and now clocks at 1,500 feet per second. 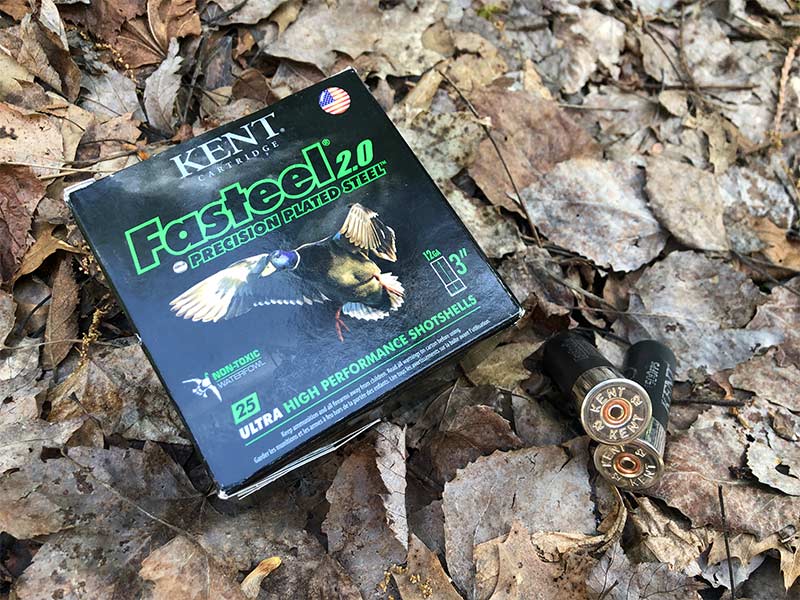 Fasteel 2.0 builds on the success of the original design. (Photo: Kristin Alberts/Guns.com)

GDC: It sounds like plated steel and Tungsten Matrix make up some of your most popular shot options, but what about Bismuth? That’s been around a long time as a non-toxic shot option.

Barry: Bismuth is also a solid seller for us. The problem with Bismuth is that it is notoriously not as uniform and also tends to fracture. As we all know, uniform shot leads to uniform patterns. So, the engineers at Kent set out to solve these problems with Bismuth. It took five years in R&D, but we believe that our Bismuth ammunition is far superior to others on the market.

GDC: In fact, we just recently picked up some Kent Bismuth for use in an older 16-gauge shotgun. It’s great to see so many 16-gauge shotshell options on the market today, and Kent offers several.

Barry: With the high-density shot of Bismuth, that makes 16-gauge rounds one of the best sellers. That’s one of my favorite gauges as well, and with the introduction of so many new 16-gauge shotguns, the demand is greater than ever for ammo that performs.

GDC: Speaking of throwbacks like Bismuth and sweet 16s, what can you tell us about Kent Cartridge loads in classic shotguns where lighter loads and softer shot are often desired or necessary?

Barry: Both Kent Bismuth and Tungsten Matrix are safe in most older guns. In addition, the same Elite Low Recoil loads used for training are ideal. They are loaded to very moderate pressures, making them perfect for vintage guns. Those same loads are also perfect for introducing someone to the shotgun sports. If you want to break in a new shooter on the 12-gauge and let them bust some targets while getting used to the recoil of the 12, I suggest starting with our 7/8 oz loads, then move to 1oz target loads, and so on. Bring the shooters and hunters along gradually.

GDC: All this talk about the best types of shot for hunting and target shooting has me thinking about sweet destination hunts. Can you share a few of the most interesting locations where Kent staff has hunted, and the products have excelled?

Barry: I moved here from Nebraska and the area of the North Platte River, which has some world-class hunting. Since I’ve been with Kent, we’ve hunted Sea Ducks in the Atlantic Ocean. The variable of ocean water on your shooting and shells made for a unique hunt for Kent, but the shells performed flawlessly in those brutal conditions. Another top destination with vastly different conditions was Laguna Madre in Texas. We hunted a mixed bag of Redheads, Pintails, and such, in blazing hot sun. The bottom line is, Kent Cartridge has everything the hunter could desire for either of those adventures and the extremes of conditions. 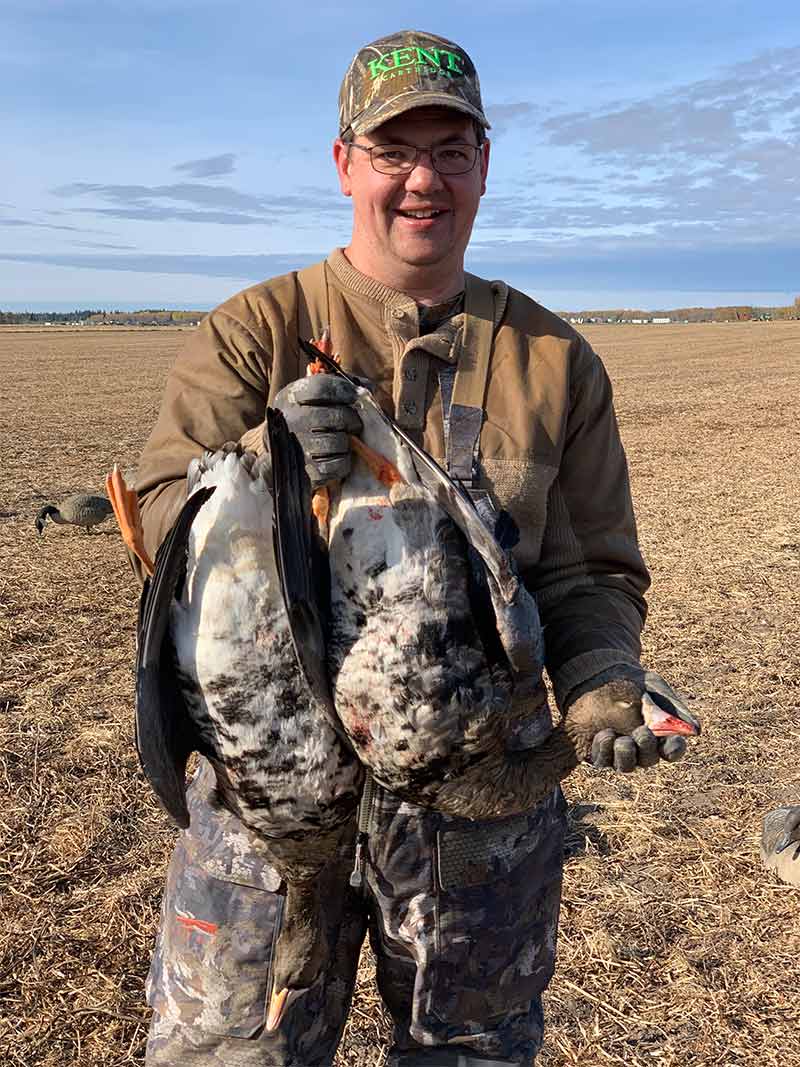 GDC: We’ll wrap things up and let you get going. Any closing words for our audience on what’s coming and why they should buy Kent?

Barry: The performance level for the price is unmatched. That’s why you buy Kent. We build the most affordable premium shotshell. We are always looking for something to make a difference, and to that end, rest assured there will be new products coming in the future that will give hunters the edge.