At five-foot and 100-pounds, Taylor Thorne often finds it difficult to concealed carry due to her petite build; but after some trial and error, she found three excellent options from Colt, Sig Sauer and Smith & Wesson that allow her to carry every day.

An avid shooter, Thorne lives in New Hampshire and organizes the biggest 3-gun competitions in the northeast. Not only providing a means of competition to those living in the area, Thorne’s events raises money for Aiming for Zero – a charity that helps prevent veteran suicide while also assisting military families. Guns.com stopped by to chat with Thorne about her past and present EDCs and why these work well for small shooters.

Thorne’s first stop in concealed carry was the Colt Mustang and it’s remained a favorite of hers since. The main attraction to the Mustang is its small size, but it also packs a lot of features Thorne was looking for in an EDC. “It was important for me to find a gun that had an external safety because I was not confident enough at that time to have something without it,” she said.

Although she no longer relies on an external safety Thorne feels other gun owners, especially first time carriers, enjoy the perceived security external or manual safeties give. 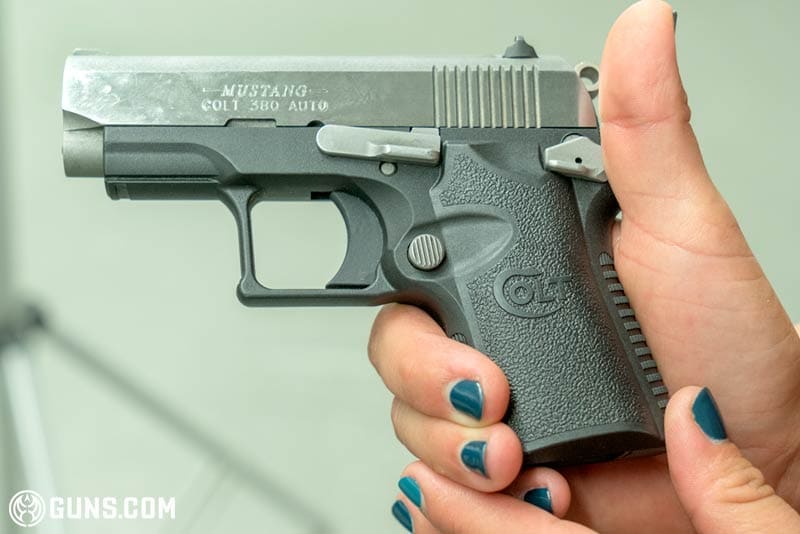 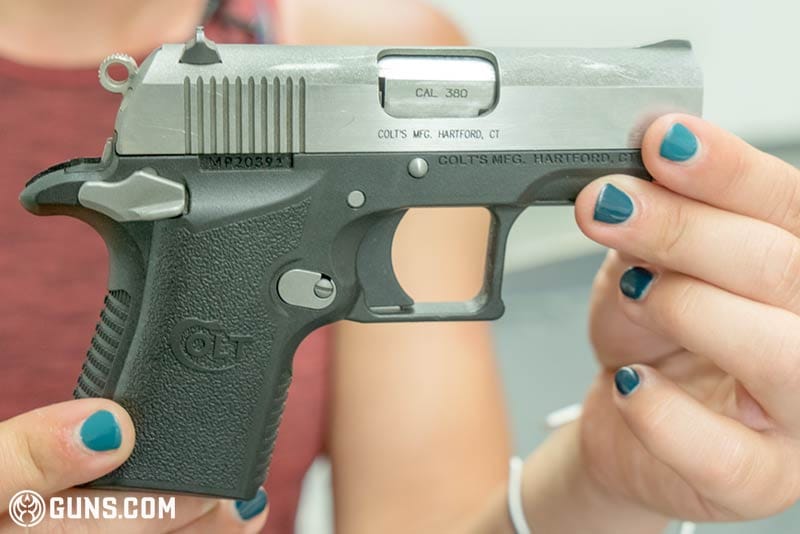 Thorne’s newest carry gun, the Sig Sauer P365 was one she fell in love with after the first time she shot it. “It shoots like a full-size gun,” she explained. The biggest benefit to owning the P365, according to Thorne, is its 10+1 capacity of 9mm. “That’s a lot of stopping power in a small package,” she added.

Although she finds herself carrying it more and more, she says she still finds it a little too big sometimes. As a result, she falls back on her good old trusty Mustang as needed. 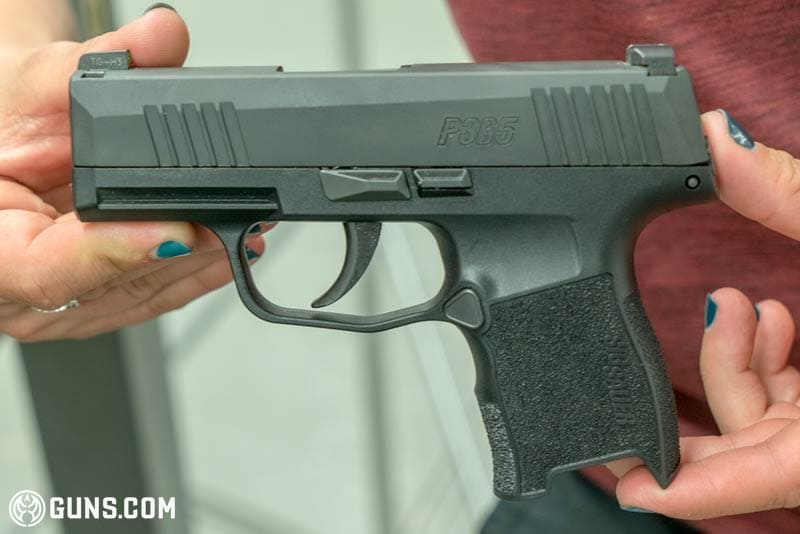 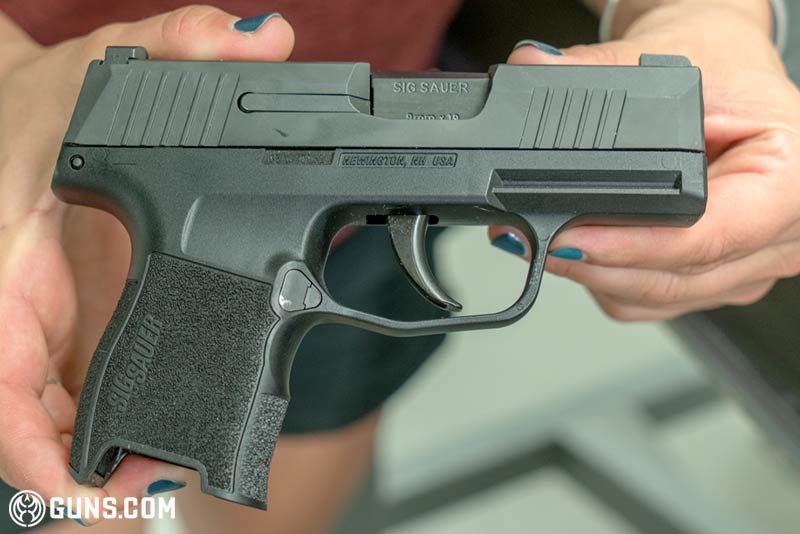 Finally, when Thorne needs something truly concealable, she turns to her Smith & Wesson M&P Bodyguard. The thinnest of the three guns, the Bodyguard’s main safety is its stiff, long trigger. “(External safeties) can dig in and bruise you with time,” she said. The safety on the Bodyguard is a 13-pound trigger, a little heavy but a feature that makes it safe to carry. 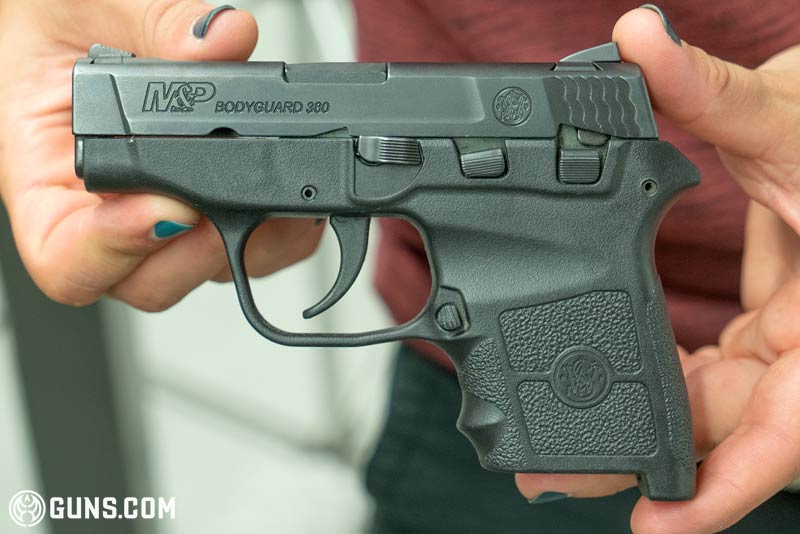 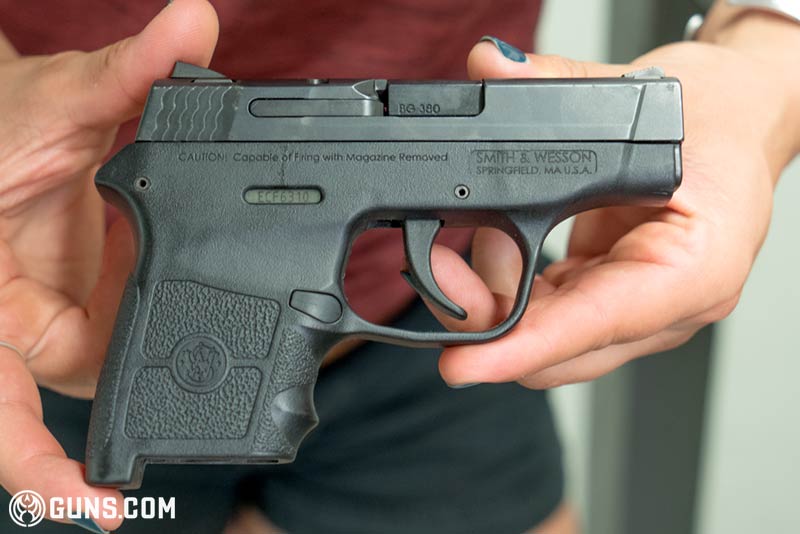 What do you think of Thorne’s three carry options? Is she missing something? Let us know in the comment section and be sure to check out our selection of new and used handguns in the Guns.com Vault.